Electromagnetic Fields (EMFs) And Radiation: What You Need To Know And How To Minimise Exposure

Electromagnetic hypersensitivity isn’t a recognised medical diagnosis. But don’t we all know (or have heard of) at least one person who gets a headache every time he takes a call on his mobile? Or someone who swears she gets dizzy when she walks into a room where there’s WiFi? Are EMFs and radiation really affecting your health? 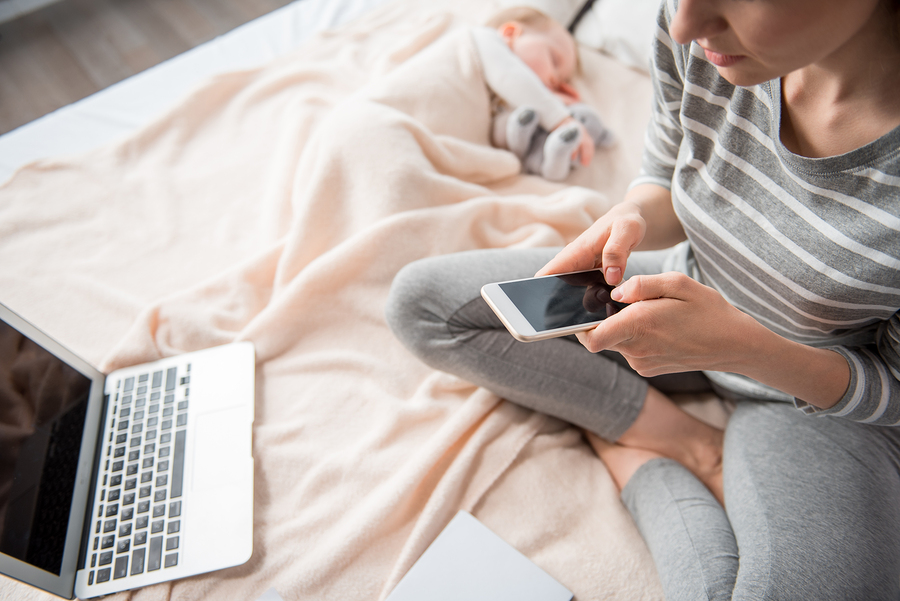 Mobile phones, laptops, WiFi – these are all just parts of our way of life now. We rely on them for a lot of things – work, communication, entertainment, staying organised, staying fit, and so much more.

But while they do make our lives easier, there’s some fear about the potential risks these technologies pose. Could they lead to health issues later on? And why do some people claim to experience debilitating electromagnetic hypersensitivity while others don’t?

There’s a lot to unpack here. Let’s dive in.

What are EMFs and radiation?

We’re constantly swimming in a sea of radiation. But mobile phones are, by far, the closest source. We hold them up to our ears (near the brain), keep them in our pockets, sleep with them beside our heads, and so forth.

Should we be concerned about EMFs and radiation?

Given how we’ve come to rely on WiFi and wireless devices, it can be very uncomfortable to entertain the notion that they’re bad for our health. And yet we have to ask the tough questions. After all, things like mobile phones and WiFi are new(ish) technologies and not enough time has passed to determine their long term effects on human health.

Scientists still need to do more research to establish the links between EMFs and disease. But so far, human health studies and lab experiments have linked EMFs and radiation with:

On 28 March 2018, a scientific peer review showed that there was ‘clear evidence’ that radiation from mobile phones causes cancer.

Children may be more at risk

Babies and children are more vulnerable to EMFs and radiation because their nervous systems are still developing, their skulls are thinner, and their brain tissue is ‘more conductive.’

And compared to us adults, children will have much longer exposure over their lifetime. While our generation didn’t have iPhones, iPads or even WiFi growing up, today’s preschoolers watch Peppa Pig from their parent’s tablets and play with WiFi enabled toys on a regular basis.

Then there’s the phone radiation testing, which only takes into account how adults are affected — not children or babies in the womb. In 2013, this prompted the American Academy of Paediatrics to remind the US Federal Communications Commission (which does the tests) that “children are not little adults and are disproportionately impacted by all environmental exposures, including cell phone radiation.”

Another issue with radiation testing is it’s assumed that phones will be held a certain distance from the body. For the iPhone 7, for example, it’s 5 mm. Unfortunately, smartphone users tend to hold their devices much closer to their bodies than that. For instance, if you keep your phone in your pocket (like most men) or prop your tablet up on your tummy while you stream Netflix (like lots of kids).

The International Agency for Research on Cancer lists radio frequency electromagnetic fields as Group 2B or “possibly carcinogenic to humans.” The decision was based on a link between wireless phone use and an increased risk for a malignant type of brain cancer called glioma.

That might sound terribly alarming, but most public health institutions say the levels of radiation we’re exposed to are actually within the safety limits. But, as with most things, moderation is key.

In 2011, the Council of Europe urged member states to choose wired connection over WiFi in schools, regulate the use of mobile phones by schoolchildren, and set thresholds for levels of long term exposure to microwave radiation in all indoor areas.

Some countries have already acknowledged that WiFi can be harmful to young children and have proposed or enacted policies to ban or reduce WiFi use in schools. These include Cyprus, Israel, Germany, Finland, and Russia.

In 2015, France enacted a law banning the use of WiFi in daycare centres and nursery schools. It prohibited wireless Internet in spaces “dedicated to the reception, rest, and activities of children under 3 years old” and was the first French law to take a precautionary approach to the potential health risks from electromagnetic fields.

So here’s what we know:

There’s still a lot of research to be done. But as the Council of Europe pointed out in 2011, perhaps we need to learn from our mistakes.

“Waiting for high levels of scientific and clinical proof before taking action to prevent well-known risks can lead to very high health and economic costs, as was the case with asbestos, leaded petrol and tobacco.”

In short: better to play it safe.

While we can’t completely shield our families from EMFs and radiation, there are ways to reduce exposure.

Small changes can make a great impact. I always remind my family to text instead of call, keep calls short, and use hands free devices whenever possible. And for added protection from EMFs and radiation, both my children and my husband and I use anti radiation phone covers and headphones.

If you want to further minimise your family’s exposure to EMFs, you might also consider radiation shields for major sources like your laptop and microwave.

Do you worry about EMFs and radiation? What do you do to keep your family safe? Share below!