Everything You Need to Know About Killing Mould Naturally 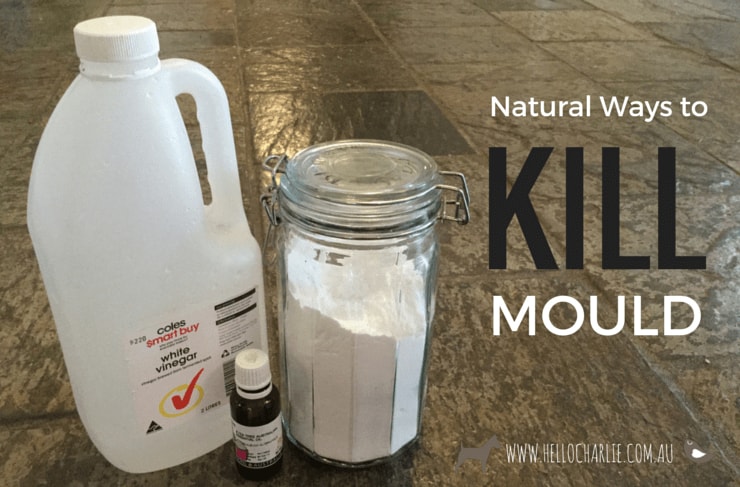 Why is mould a problem?


Mould is not just unsightly, it can be the cause of health issues. The Victorian government health website says:

How do you prevent mould?

Clearly, mould is something that you need to both prevent, and remove. There are a few ways that you can prevent mould in the first place:

The next step is getting rid of any mould that’s there.

Should you use bleach to clean up mould?

While you might be tempted to use chlorine bleach to get rid of mould, don’t do it. Bleach only kills the mould spores that it comes into contact with. So it will work on a benchtop or tiles, but it won’t kill mould spores in porous surfaces like grout or timber. Which are exactly the places that you’re trying to kill the mould.

The US Environmental Protection Agency recommends that you don’t use bleach to get rid of mould. Bleach is corrosive, so it will damage the surfaces that you use it on.

It can also damage your lungs if you breathe it in, and can cause chemical burns if it touches your skin. If you mix bleach with vinegar or ammonia, it creates toxic fumes.

Not only that, but there are concerns about the dioxins that bleach leaves behind.

So chlorine bleach isn’t the answer to getting rid of mould.

How to kill mould naturally

Fortunately, there are lots of tried and tested natural ways to clean up mould.


Some natural solutions are:

Vinegar is perfect for getting rid of mould. Just use the cheap white vinegar you can buy in 2L containers at the supermarket.

Dr Leigh Winsor is a mould expert, working at James Cook Univertsity in Townsville for more than 20 years. Dr Winsor recommends cleaning up mould using a mixture of eight parts vinegar to two parts water and a microfibre cloth.

You can also use vinegar to remove mould on clothes or other fabric items. Soak the item in a 50/50 mixture of vinegar and water overnight, and then wash and dry as normal.

A vinegar spray can also be used as a preventative measure. Spray it around the shower or other places that are prone to damp and just leave it while it dries. 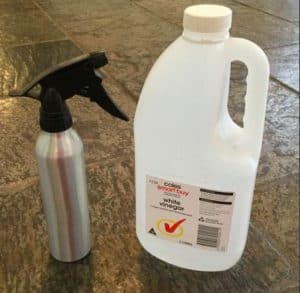 Organic Authority recommends killing mould with vodka. Pour cheap vodka into a spray bottle and spritz away at the mould. Leave it to sit for around half an hour, then scrub it off with a rag or a sponge.

Put away the Grey Goose, because thankfully cheap vodka works better than more expensive stuff. It’s been filtered and distilled less, so it’s got more congeners like methanol and acetaldehyde which will kill mould very effectively.

Use baking soda with water or with a mix of water and vinegar to remove mould. Baking soda is mild, and it’s completely non toxic, so it’s a safe choice to use around children and pets.

To mix up the solution, put a quarter of a tablespoon of baking soda into a spray bottle filled with either just water, or with a 50/50 mix of water and vinegar. Shake the bottle until the baking soda is dissolved, then spray onto the surface. Leave it to sit for half an hour or so, then scrub off with a cloth or scrubbing brush.

Mould can also be killed with borax. Borax is a mild skin irritant, and it can be toxic if ingested, so if you do choose this, make sure you keep it out of the way of pets and children.

Mix the borax with water, spray on to the mould area, and then wipe it off. There’s no need to rinse it off, because the borax solution will keep killing the mould.

Update on borax: borax is classified as being toxic for reproduction. It may impair fertility and it may be harmful to unborn children. It’s definitely not suitable to be used if you’re pregnant or are wanting to have more children.

Good old Aussie tea tree oil is brilliant for removing mould. It’s antifungal and antibacterial, which is exactly what you need. And it’s really easy to use. Make up a solution by mixing a couple of teaspoons of tea tree oil in a spray bottle with two cups of water, shake it up and spray it on.

Leave it for a while, then give the area a good scrub and wipe it down. Give it another spray to prevent any more mould from growing.

Clove oil is another natural way to kill mould. It’s antibacterial and antifungal, just like tea tree oil, so it’s perfect for using in a water and oil spray solution. You can even use clove oil in a diffuser to kill mould spores in the air.

So there you have it. Lots of solutions for preventing mould in the first place, and for getting rid of it naturally if you do get it.


What’s your favourite solution for killing mould naturally? Share in the comments below!

Get the latest posts straight to your inbox every week!